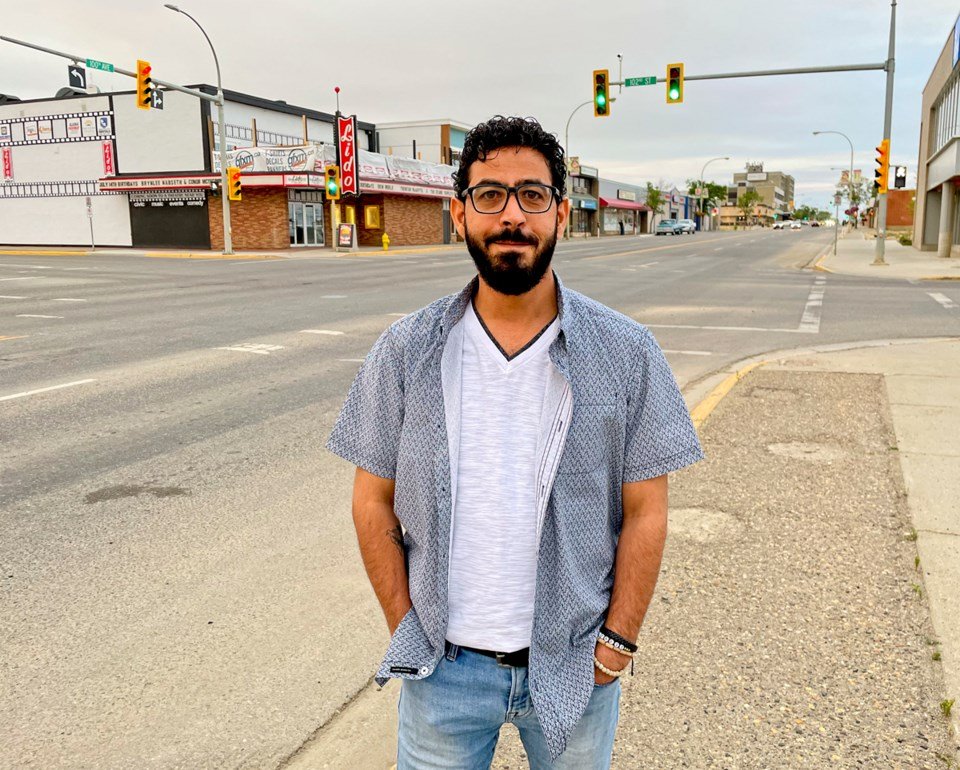 From civil war to the Peace

Hassan Al Kontar spent seven years as a man without a home and without a country before arriving in Canada in 2018 as a refugee after fleeing civil war in his home country of Syria.

Three years on, Al Kontar has found himself in the Peace region this summer, working with the Red Cross and assisting with the COVID-19 vaccine rollout at the clinic in Fort St. John.

It’s his fourth deployment with the agency since joining last year, working here and in White Rock, Victoria, and Abbotsford to help with testing, managing clinics, and monitoring patients after they’ve received their vaccine.

Al Kontar made international news in 2018 after spending seven months in legal purgatory in a Malaysia airport, and another two months in immigration jail before the Canadian government eventually stepped in and granted him asylum.

Even then, it was a long, six-year journey to Malaysia. Al Kontar had been working in Dubai for five years when civil war broke out in Syria in 2011 following pro-democracy protests against President Bashar al-Assad.

“When I took a side and decided not to join the war that’s when the Syrian regime decided not to renew my passport, so I lost my work permit because you cannot renew your work permit without a valid passport. So all of a sudden I found myself illegal and homeless, jobless most of the time. It’s not a fun place to be jobless or homeless. It’s a desert.”

Al Kontar spent six years in the United Arab Emirates before authorities detained him in 2017 and planned to send him back to Syria. Al Kontar says he fought back and was sent to Malaysia, which had allowed Syrians to enter on an arrival visa.

But Al Kontar was not able to claim refugee status there, and he tried to pivot to Ecuador, a signatory the 1951 United Nations Refugee Convention. A ticket to the country cost Al Kontar nearly all his money but the Turkish airline he was booked to fly with refused to board him.

Al Kontar then tried Cambodia a week later, the last country he says would allow Syrians entry on an arrival visa: “I just wanted out of the country,” he said.

But Cambodia did not allow him to enter, and the same plane that brought him there brought him back to Malaysia.

Read the full article at alaskahighwaynews.ca

MAN AT THE AIRPORT

The British Columbia Review – Man at the Airport

CBC Radio On the Coast: Interview

Hassan Al Kontar on As It Happens CBC Radio

BC Bookworld Review: Man at the Airport

Podcast with the Man at the Airport

Vancouver Sun Feature: Q & A with the “Man at the Airport”

Vancouver Sun Review for Man at the Airport

Man at the Airport with Alex Neve