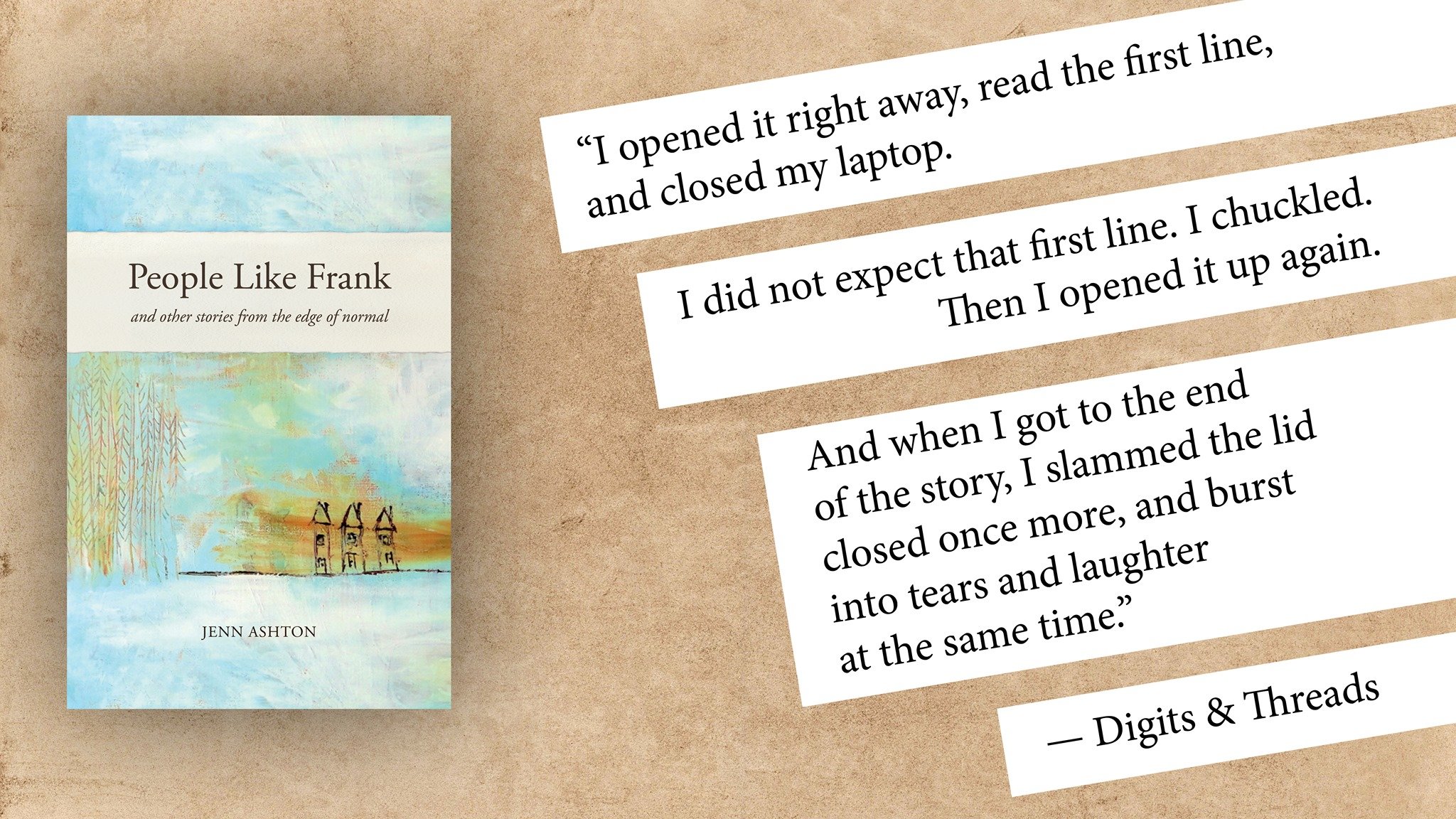 Kim Werker Interviews Jenn Ashton, author of People Like Frank and Other Stories from the Edge of Normal

When Jenn sent me a PDF of the story, called “Nest,” I opened it right away, read the first line, and closed my laptop. I did not expect that first line. I chuckled. Then I opened it up again. And when I got to the end of the story, I slammed the lid closed once more, and burst into tears and laughter at the same time.

I am not ashamed to say that I begged Jenn to speak with me by Zoom instead of doing an email interview, as we’d discussed. I just desperately wanted to have a real conversation with her about all of these things, and I was thrilled when she agreed.

We spent half an hour talking about Francine, and knitting and writing, about craft and art and rest and so much more. The mildly edited recording of our conversation is below, along with a transcript. I hope you enjoy it as much as I did.

Excerpts from People Like Frank Read by Jenn Ashton