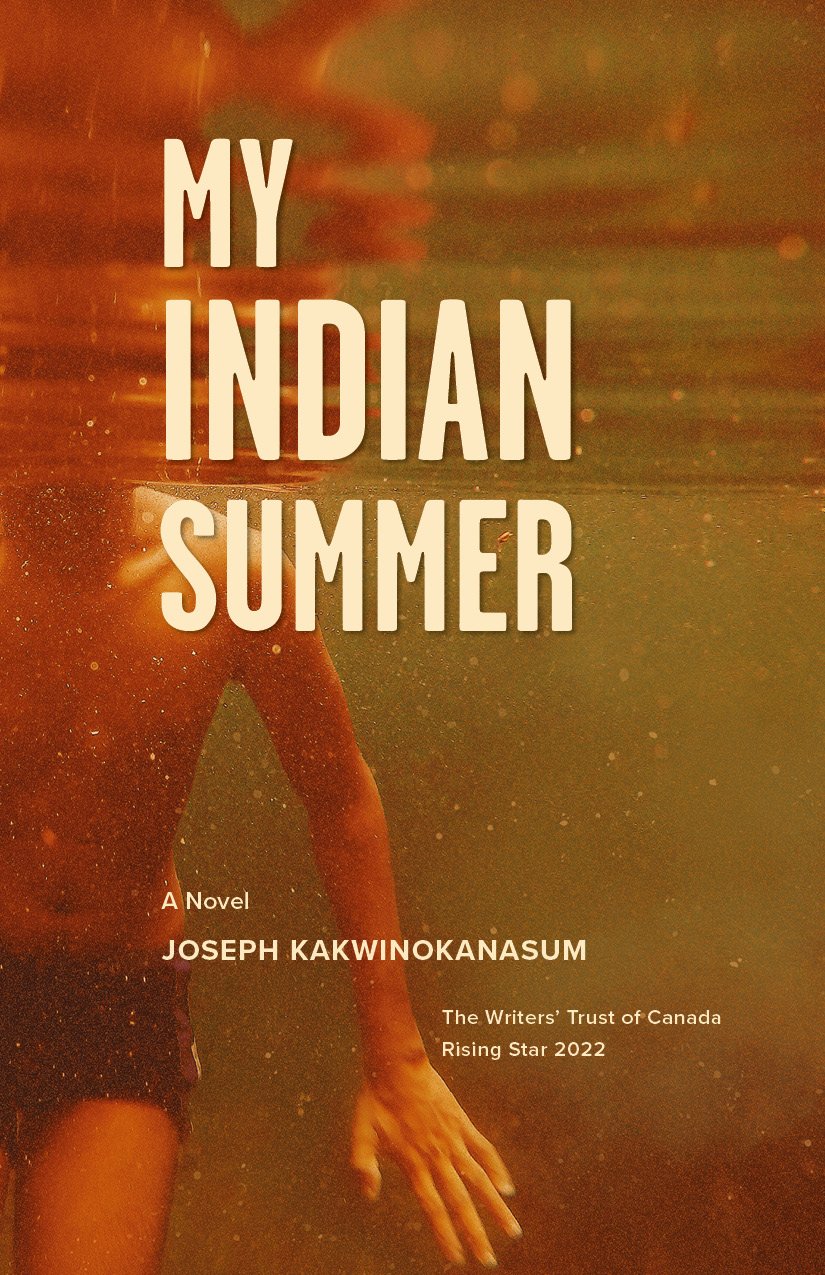 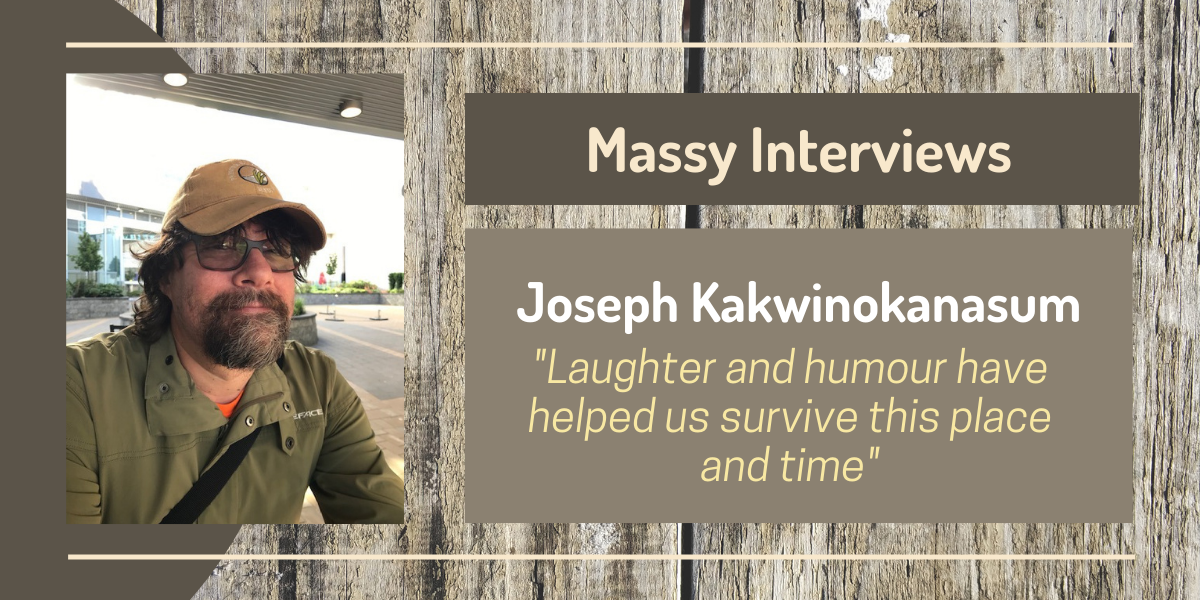 To celebrate the launch of My Indian Summer, Rafael Zen interviews Kakwinokanasum for Massy Arts. In this intimate conversation the two discuss monstrosity and humour as survivalism.

My Indian Summer readies readers to get a glimpse into Hunter Frank’s life. Are there traces of Joseph in your character, Hunter?

Tansi! First, I think it’s important to remember that this is still a [work of] fiction—some might call it creative non-fiction—and that, while it is a vague reflection, it is one based on my personal experience only. This story is by no means a depiction of typical indigenous people’s lives. I also want people to understand that I am a first-generation day school survivor.

Expect adventure and growing pains—Indian style, eh! And perhaps (not an investigation, but an observation) since judgment is the thief of joy, I’d be lying if I said I’m not personally connected to Hunter Frank.

Why did you choose My Indian Summer as the title?

The title of the book was actually “Entrepreneur” but it lacked something. J.J. Lee, the author of The Measure of a Man, worked it out with me one summer. We came up with My Indian Summer and this is why: Indigenous people never left, and are still very much here. That said, it is complicated. Isn’t it?

Your book says that “while reconciliation may not be possible, survival is.” Why do you think that is? And what would reconciliation be in this perspective?

Villains are always victims. There is an ocean of difference between survival and being allowed to prosper. As long as the Doctrine of Discovery exists, there’s no reconciliation. History is replete with examples of anti-indigenous government, police policy and cover-ups. And even a rock can see the Church protects its own. I hope the book is political, philosophical, socio-economical, racial—I hope it makes people think.

Hunter’s mother is described as monstrous. What is her role in this book and how did you come up with this character?

Everyone is born innocent—for the most part—right? My mother, for example, continues to be a difficult person. And anybody who has lived under the boot of a mean drunk knows why this kid wants to escape. Anyone who wants a peek at what motivates a child to do crazy shit might want to read My Indian Summer. Think Oliver Twist and Huckleberry Finn. Created in a time and place where children had less value than a mule. Everyone struggles, that’s life! And Hunter’s life, his time and place, are his struggle. [His mother,] Margarette is a also product of her time and place.

Who do you think is the ideal reader of this title? From this book, what are you most excited to share with your audiences?

This is a story about a particularly deviant breed of survival, in a certain time and place in Canada. I hope people of all ages—perhaps twelve and up—may pause and think about kids like Hunter. Perhaps the reader will be grateful for their childhood or maybe, they’ll feel like they’ve been heard. Or for people like me, struggling to thrive in a nation struggling with its own troubled past.

Could you choose one passage from the book to share with our readers? Why did you choose this one?

“Hunter stood up, his bones stiff his muscles flaccid, he shivered as if to shake off a drug haze and scooted into the shadows of the bushes to take a piss. His shoes got soaked from the cold morning dew, and a cloud of mosquitos buzzed about for a free meal. He slapped at them, and accidentally pissed on his shoes. “Aww, for fuck’s sake!” he complained, then zipped up his pants. On his way back to the fire, he swatted several blood-filled mosquitos, cursing the insect world.

He started to pack and found the penny candy in a paper bag at the bottom of his pack. The boys stirred, and Eric yawned, showing a pasty-white tongue, his face puffed and pocked with red dots. “I’m so thirsty I could drink my own piss,” he said. Hunter looked down at his shoe.”

Why this passage? Because indigenous people are really funny. Our laughter and humour have helped us survive this place and time on the Turtle’s Back. And Indigenous writing can be so deep, dark, personal—it’s good to laugh between those moments. Kinanaskomitin!