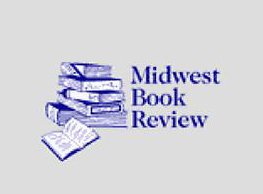 Walking Away from Hate: Our Journey through Extremism tells of how, as a teen, author Lauren Manning was recruited through the internet by a white extremist group. They were adept at feeding into her middle-class family’s values and her simmering teen anger to foster within her a hatred and prejudice that led her to denounce her family and enter into a violent life on the streets of Toronto.

The process of Lauren’s recruitment into extremist beliefs, her rejection of her family’s upbringing and values, and her participation in this dangerous world is documented in her personal story of changing beliefs and visions of justice and truth. Her account also closely considers how her family fought to forge a new relationship with their daughter.

Walking Away from Hate‘s contrasts between mainstream belief systems and extremist thinking processes, the methods by which young adults are convinced to embark on life-changing paths of destruction and hate, and an insider’s thoughts about the experience are told from both sides to create an especially evocative read: “My life was already fucked up so who cared if I didn’t show up? It was just one more thing – in addition to living on the streets, having no place to call home and no family to belong to – that I couldn’t bring myself to care about. My thought process had always been more or less ‘ignore it and it’ll go away.'”

Of particular note are the feelings of the participant as she examines the differences between what she has been taught, her newfound friends’ beliefs, and what she observes in the world around her: “White kids aren’t going to be safe if we allow these Blacks to walk all over us. We’re defending our people.” His answer was the one I’d heard many times before but this time it got me thinking about parenting a child of hate. If a child saw evidence of their parent’s fight, what impact would that have? Was it fair to raise a child in this culture? What about parents who forced their opinions on their kids?”

While the juxtaposition of two worlds is a central theme of this mother/daughter story, equally powerful are the insights into how white extremist thinking is fostered in the young.

Walking Away from Hate serves as a contrast between ideals of justice, truth, and social issues. It ideally will be used for classroom study and parent/child discussions of ideology gone awry, and its powerful lure and message for those who grow into adulthood angry about society’s failures and parental teachings.