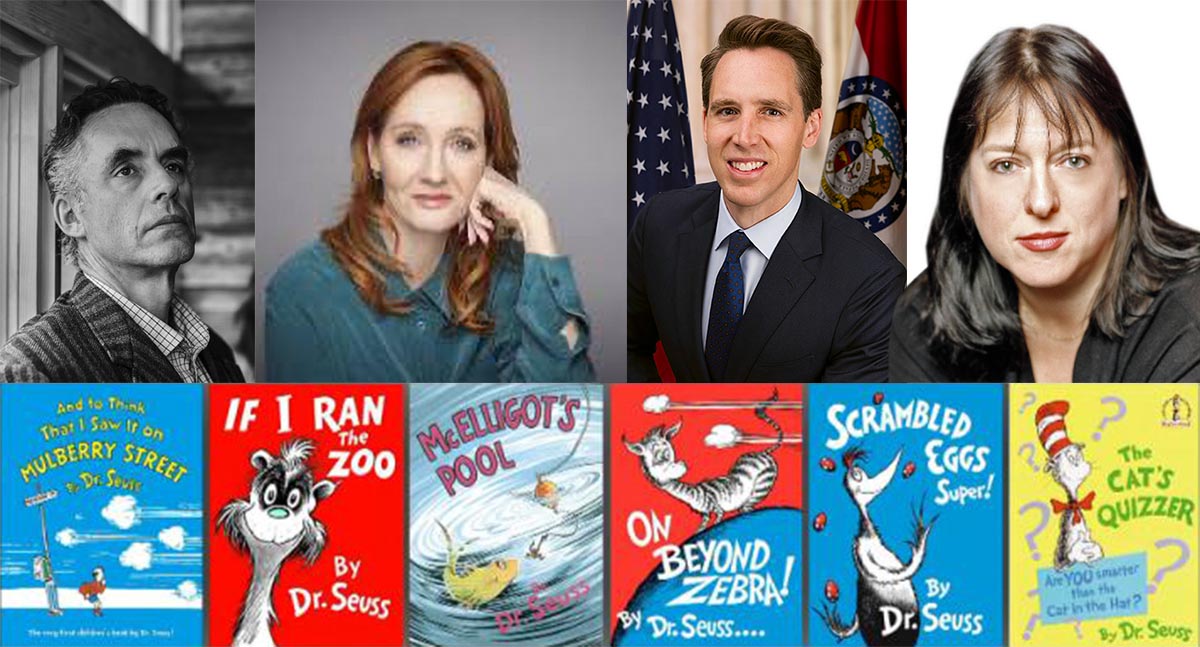 This week (March 1–7) sees the publication of the much anticipated (by his fans and 3.5 million YouTube/Podcast followers), much reviled (by critics and left-wing pundits) new book by Canadian psychologist, Jordan B. Peterson. Beyond Order: 12 More Rules for Life (Random House Canada) is the sequel to his 2018 title that has sold more than five million copies around the world. Last fall, employees at Penguin Random House Canada reportedly filed more than seventy anonymous complaints to management and confronted senior editors at an acrimonious company town hall about giving a platform to the “professor against political correctness.” Their concerns were discounted and his publishers made a “brave”— and likely lucrative — decision to go ahead with publication.

Other publishers, however, have bowed to pressure and cancelled the publication of titles by high-profile authors whose voices, according to their critics, should not be heard. Or have reconsidered their decision, based on current events. Josh Hawley had barely lowered his fist before Simon & Schuster announced they were not proceeding with the planned publication of The Tyranny of Big Tech. British author Julie Burchill’s book Welcome to the Woke Trials, due to be published by Little, Brown in April, was abruptly cancelled in the wake of her Twitter spat with a Muslim journalist. Staff at Hachette threatened to stop working on J.K. Rowling’s forthcoming children’s book because of a tweet they found offensive. Management told them that disagreeing with an author’s views was not sufficient cause to down blue pencils and to keep on editing.

Social media, it appears, has become the arbiter of whose words will be read, not just on their platforms but everywhere, giving the power of censorship to those expressing their outrage the loudest. Publishers who are, after all, in the business of selling books, have a choice: to publish and be damned by one opinion group, or cancel publication and be damned by the opposing group. Is it a business decision or an ethical one?

Author Lionel Shriver considers this trend “institutional cowardice.” A writer not noted for her personal woke views, she said in a recent interview, “Publishers are not working in a vacuum, they’re part of a larger social tide. They read the same newspapers we do, and they’re frightened like everyone else, because it’s a merciless movement, with people piling onto the side of righteousness for self-protection.”

One wonders at the books that might not be on the shelves today, had they been slated for publication in these times, and the authors whose voices might not have been heard. If T.S. Eliot had tweeted his anti-Semitism, would we have Old Possum’s Book of Practical Cats? (Though we might be grateful for being spared the musical.) Would staff at Penguin have objected to editing David Mamet’s The Secret Knowledge in January 2021?

This week, Dr. Seuss Enterprises announced that six books by the beloved children’s author will no longer be published because they contain illustrations considered stereotypical and racist. Was it the right move? Damn, yes: Philip Nel, a noted scholar of children’s literature at Kansas State University, likens the decision to a product recall, a manufacturer withdrawing a product to prevent harm. Damn, no, say the Star-Belly Sneetches. “Cancel culture,” cried Fox News. Perhaps it’s time for a visit from Sylvester McMonkey McBean, the “Fix-It-Up Chappie.”