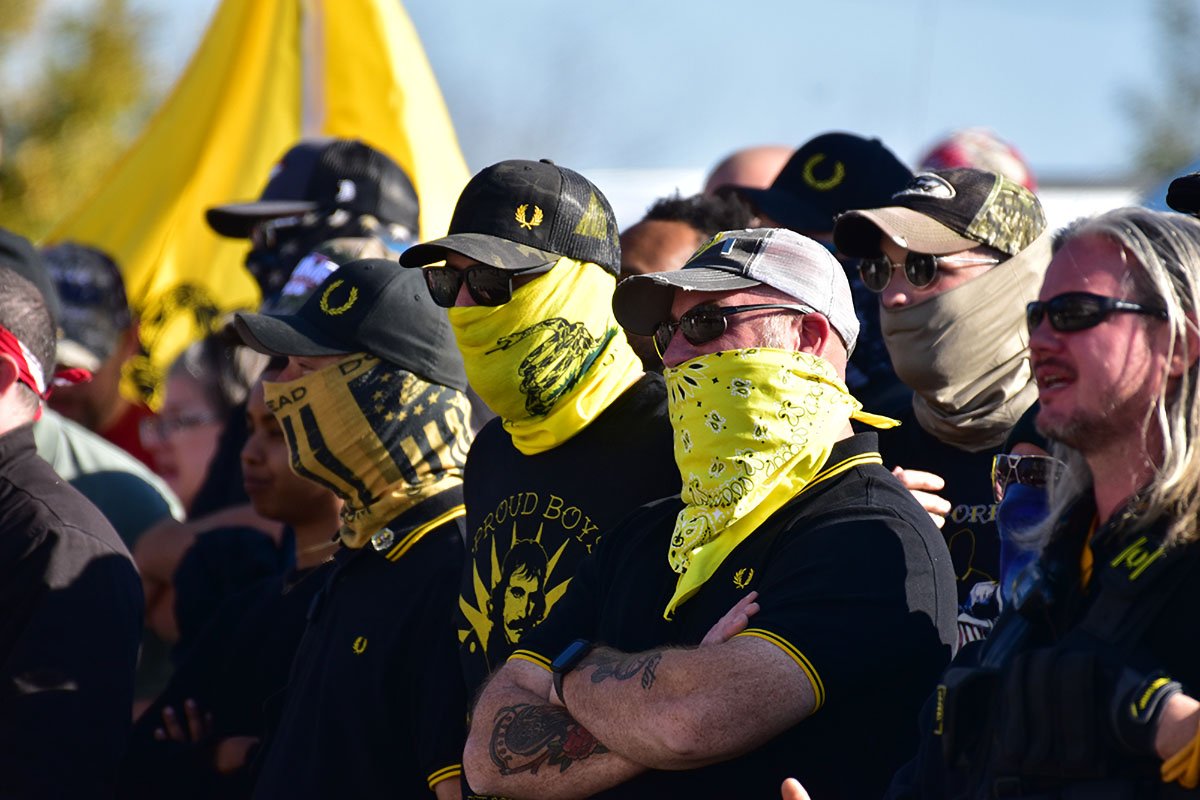 A month after the storming of the US Capitol and a week after Canada labelled the Proud Boys a terrorist organization, Safer Internet Day (February 9) reminds us of the critical role the online world plays in promoting hatred. This is how a teenage girl from a middle-class Ontario family ended up in white supremacy.

Lauren Manning’s father died when she was sixteen. Grieving and angry, she first turned to self-harm, then to binge drinking. She was drawn to the raw aggression of metal music, which led her to NSBM (National Socialist Black Metal). That was how she met Donny, a white power recruiter who messaged her on Facebook: I was wondering if you’re NS or just listening to NSBM?

As Lauren recounts in her memoir, Walking Away from Hate, “I didn’t know what he meant. Figuring NS and NSBM were music genres, I responded, I’m not NS, I just listen to the music. I had a hard time understanding a lot of NSBM lyrics, mostly because the recording quality was so bad, but not wanting to sound stupid, I didn’t ask what NS meant. I just enjoyed having someone to talk to.”

For the next few weeks, Lauren downloaded more music and talked to Donny, who said nothing more about Jews, whites or Blacks. Says Lauren, “I liked the way he spoke to me, as though he’d known me forever. He told me, ‘You’re smarter than everyone else around you. There need to be more girls in the world like you.’ He made me feel like I mattered.”

Eventually Donny labelled his way of thinking as National Socialism and began referring to “the movement.” He explained that Jews controlled the world, and that Blacks were trying to get back at white people for enslaving them. He was part of a resistance movement fighting to ensure the white population survived. To Lauren, he seemed worldly and sophisticated, and she began looking for examples that corroborated what he was telling her. “I began thinking I was learning more from him than from any of my teachers at school.”

After that, the real indoctrination began. Donny used whatever Lauren said to talk about the victimization of the white race. He took her to ethnically diverse neighbourhoods, maintaining that anyone who wasn’t white was the enemy. He referred to the movement as “a family,” one where Lauren would find the acceptance she craved.

Within days of her high school graduation, Lauren left home and moved to Toronto. She spent the next five years as a fervent white power advocate, spreading hate, using the internet to recruit others to the cause and actively suppressing any evidence that contradicted her beliefs. It wasn’t until a close friend was murdered that she slowly began to disengage. Now she works with a non-profit organization, Life After Hate, helping others to leave extremist movements. She and her mother tell their story in Walking Away from Hate: Our Journey through Extremism, scheduled for release in May 2021.