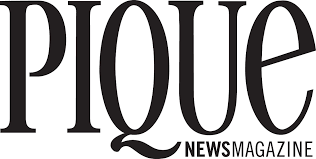 Paul Suter always knew he would write a book one day.

“I can’t explain it,” the long-time Whistlerite says. “I was more a science and math guy. But I had the idea that some day I would write a book—from my early teens, even.”

His journey to that achievement has been long and hard, but on Thursday, July 26, Suter will officially celebrate the release of Flat Out in Pieces: An Athlete’s Journey Back at the Maury Young Arts Centre.

“It’s surreal, really. I never really imagined this opportunity. It is hard to believe that I wrote a book and many people find it hard to believe—mostly teachers from English class,” he says with a laugh.

Suter didn’t know it at the time, but his first step towards becoming an author started in 2006 after he suffered his most recent concussion while cross-country skiing around Lost Lake.

“I don’t know how it happened. I don’t remember. I ended up headfirst in some rocks … That injury was around the fourth or fifth serious concussion and there were 12 less serious concussions before that. It was the worst one,” Suter recalls.

The concussion was compounded by one big factor: Suter was a competitive Ironman athlete who had just come off racing three-and-a-half Ironman events, including the World Championships in Kona just two months earlier. “At the time (of the concussion), my body was already done,” he says. “It had nothing left in it. Then I gave it a serious head injury. But I didn’t stop there. I kept going. That was my mistake. If I had stopped and let my brain and body heal we probably wouldn’t be talking right now.”

FLAT OUT IN PIECES

Flat Out in Pieces: Trailer