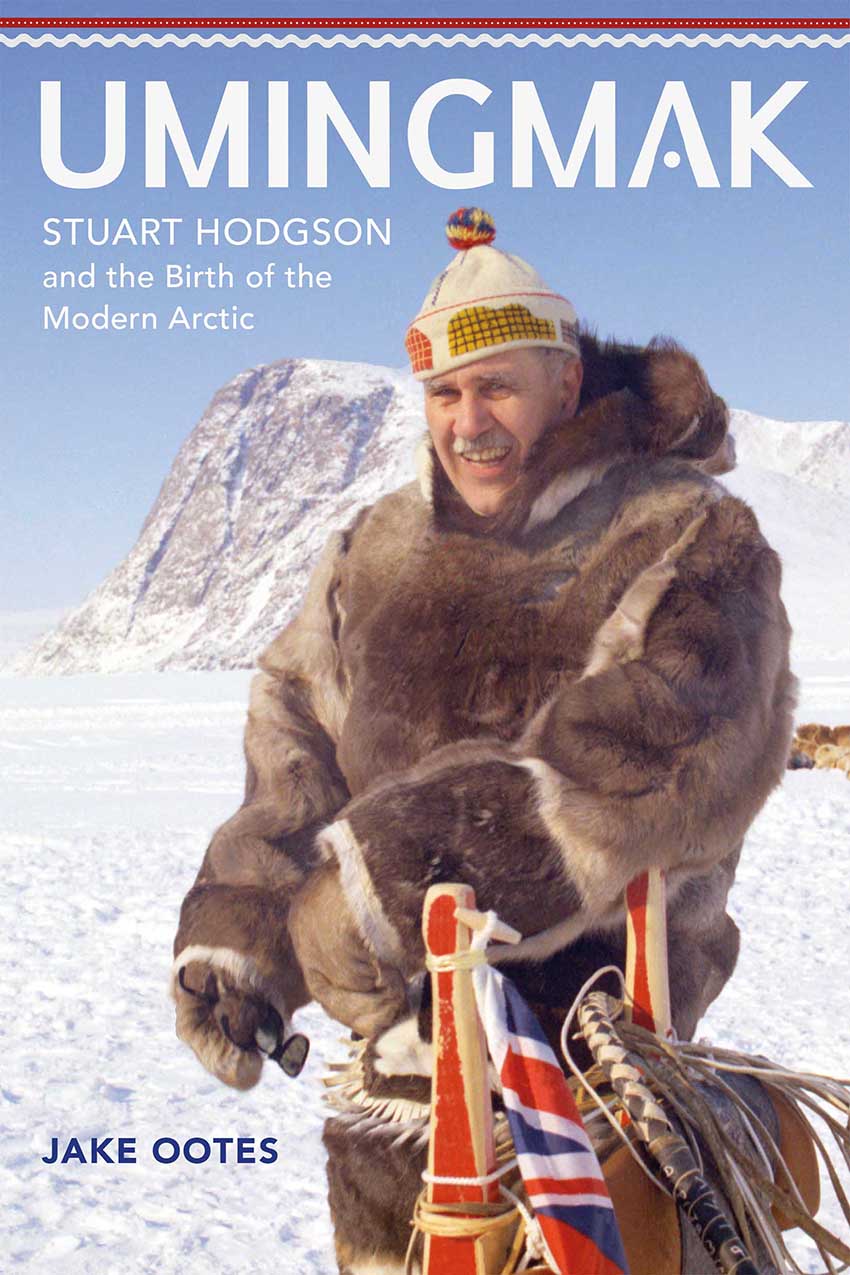 Umingmak a Finalist for the NorthWords Book Awards 2021

UMINGMAK
Stuart Hodgson and the Birth of the Modern Arctic

Finalist for the NorthWords Book Awards 2021

In 1967, Stuart Hodgson, a pugnacious British Columbia labour leader, was the newly-appointed Commissioner of the Northwest Territories, responsible for establishing a fledgling government in the frontier capital of Yellowknife. Written by his former aide and confidante, Umingmak is a first-hand account of Hodgson’s indefatigable and often controversial efforts to introduce self-government and improve the lives of Northerners.

Beginning with an unprecedented and harrowing winter tour of remote Arctic communities, Hodgson’s initiatives ranged from the practical (helping Inuit citizens choose surnames to replace government-issued ID numbers) to the visionary (founding the Arctic Winter Games) to the grandiose (organizing three Royal visits). Determined to empower Arctic communities, Hodgson had to balance Dene, Inuit and Métis aspirations with those of non-indigenous residents, business interests and the shifting priorities of the federal government. His actions fundamentally shaped both the Northwest Territories and Nunavut and continue to reverberate throughout the Arctic.

Totally engrossing stories of the various aboriginal organizations and their views of Stu and the Territorial government . . . A true picture of the evolution of government in the North.

This is an interesting read about the Arctic just when it was beginning to change and open up. It’s about the 1960s and 1970s, the communities and the people, and about Stu Hodgson who put the North on the map while connecting Inuit throughout the Arctic and the  polar world – Alaska, Northwest Territories, Greenland.

Stu was not always in agreement with young Inuit leaders. But without him I don’t think we’d have Nunavut. In a dozen years, he brought the government from Ottawa to Yellowknife, moved the appointed Council to fully elected, and in days of truly primitive communication (“Do you copy? Over”) made a point of trying to visit each community yearly to hear the concerns of people.