As a one-man show, this hangman commands attention

“Radclive, the Executioner, Sent Three Hundred Alleged Murderers to Their Doom”: so blared a headline in the Brantford Expositor on March 1, 1911. The accompanying piece was barbed, especially for an obituary.

In a season of fantastical historical fiction from the likes of Ann-Marie MacDonald, Emma Donoghue and Suzette Mayr, Vancouver-based YA author Burtinshaw stands out as a work of non-fiction — Hangman: The True Story of Canada’s First Official Hangman — that reads like a novel.

Though Burtinshaw bases her account on primary sources and makes conjectures that aim for accuracy, the life of Radclive was a social one.

Though a man whose job, personality, and behaviour attracted headlines, Radclif’s hours were spent outside of the official record’s usual purview. For his private thoughts, hopeful — and, later, acrimonious — conversations, drunken exchanges in assorted pubs and even moments on the scaffold unavailable to historians, Burtinshaw utilizes fiction-writing strategies to fill in the blanks.

Hangman opens in 1881, when England was scandalized by a murder and itching for a hanging. The case fascinated Radclive, even though he was preoccupied by his young wife Sarah’s urgings to better the Radclive name and improve their station. England’s William Marwood, “more a gentleman-scientist than a hangman” in Sarah’s view — and adept at “the art of hanging” in Radclive’s — presented a realizable goal: instead of being a former hangman of pirates in the navy and current dock worker, Radclive could gain recognition as an executioner.

Following setbacks, he and Sarah sailed for Canada. They naively imagined an untroubled avenue for advancement, where the Radclives could leave the past behind.

Radclive executed his first civilian after a Guelph, Ont., sheriff hired an inexperienced farm worker who botched a hanging. That first job taught him “how repulsive the public found him” — as a figure; Radclive wore a mask.

As he travelled from one coast to the other for hanging commissions, and worked (as Thomas Ratley) for a prestigious rowing club, Radclive’s income and possessions increased — as did his consumption of alcohol and ambivalence about both Canadian hypocrisies and hanging as an ethical act.

From 1891, when Radclive was appointed the nation’s first official executioner for capital crimes — “He’d be the kindest. And he’d be the best,” Radclive tells himself about his “honourable profession” — till his death at age 56, his efforts resulted in strife.

At its best, Hangman explores a nation with wildly contradictory attitudes about capital punishment and a man fraying by the minute. In relating pages about handfuls of hanging cases, as well as delving into the steady dissolution of the Radclif family, and the fiasco of his rowing club employment, Burtinshaw supplies ample biographical information, but also hints at how Hangman could have been less cumbersome as fiction.

“They think me a monster, but I am their mirror,” Radclive exclaims late in the narrative. He faced shamefaced family members, disdainful citizens and his own misery and despair as he weathered journalistic quips — “A Mental and Physical Wreck to all Appearances,” one headline announces — and hauntings by phantoms on “an endless loop of accusation” as he struggled unsuccessfully to stay sober. Drunken, alone and a “fairground attraction,” Radclive never escaped his demon. As a one-man show, Radclive commands attention.

Brett Josef Grubisic is the author of the recently published novel My Two-Faced Luck (Now or Never Publishing, Surrey, 2021). 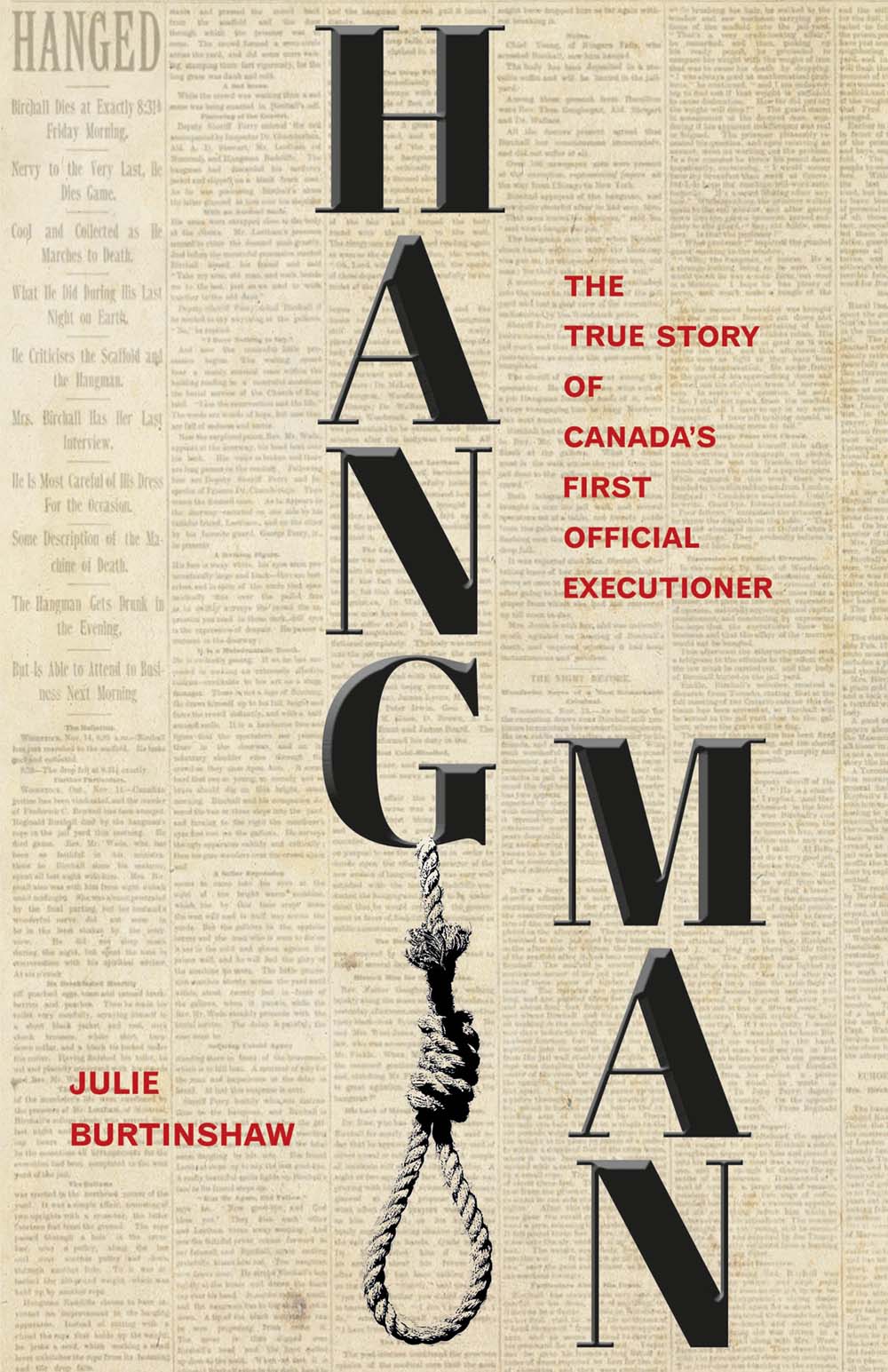