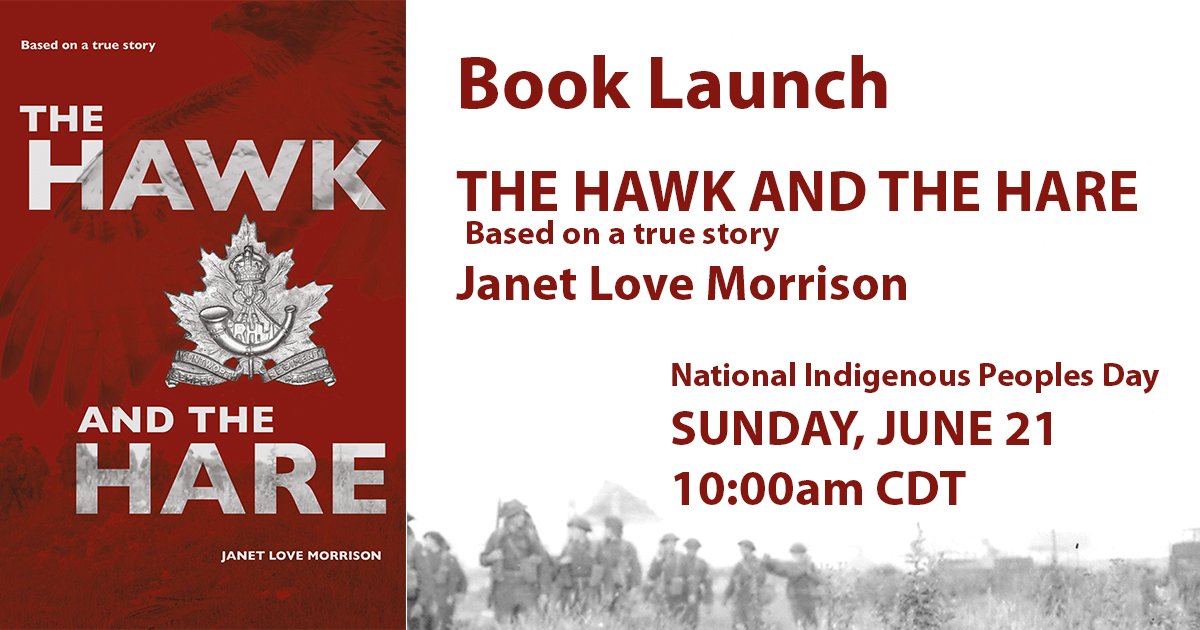 Register for the event

Virtual Book Launch for The Hawk and the Hare

On Sunday, June 21, on National Indigenous Peoples Day, author Janet Love Morrison will launch The Hawk and the Hare, from 10:00-11:00 CDT via Crowdcast.

The book is a fictionalized account of the friendship between her father, raised on a Saskatchewan farm, and an Indigenous soldier. Both men served as infantry scouts during the Second World War and saw action during the Battle of Caen, the march across Normandy and the Battle of the Scheldt.

All of the incidents described are drawn from official historical records, contemporary accounts and the experience of the author’s father. Chief Warrant Officer Joel Pedersen, Regimental Sergeant Major of the 38 Canadian Brigade Group Battle School, and one of only two First Nation CWOs in combat arms, provided valuable technical and cultural insights. The author, who teaches English on the Cote First Nation Reserve, travelled from Newhaven, UK, to Aurich, Germany, for her research and met with both historians and serving members of the Canadian Armed Forces.

“I’m delighted to have this opportunity to celebrate the friendships between ordinary soldiers of such diverse backgrounds,” said Morrison. “My father always maintained that the additional skills he learned from his Indigenous friend helped keep him alive when so many others died.”

Signed copies of the book will be available through McNally Robinson Saskatoon. Books can be purchased nationally from any bookseller and the e-book version is available on Amazon.

We use cookies to ensure that we give you the best experience on our website. By continuing to use this site, you are agreeing to accept these cookies.AgreedRead more
Go to Top